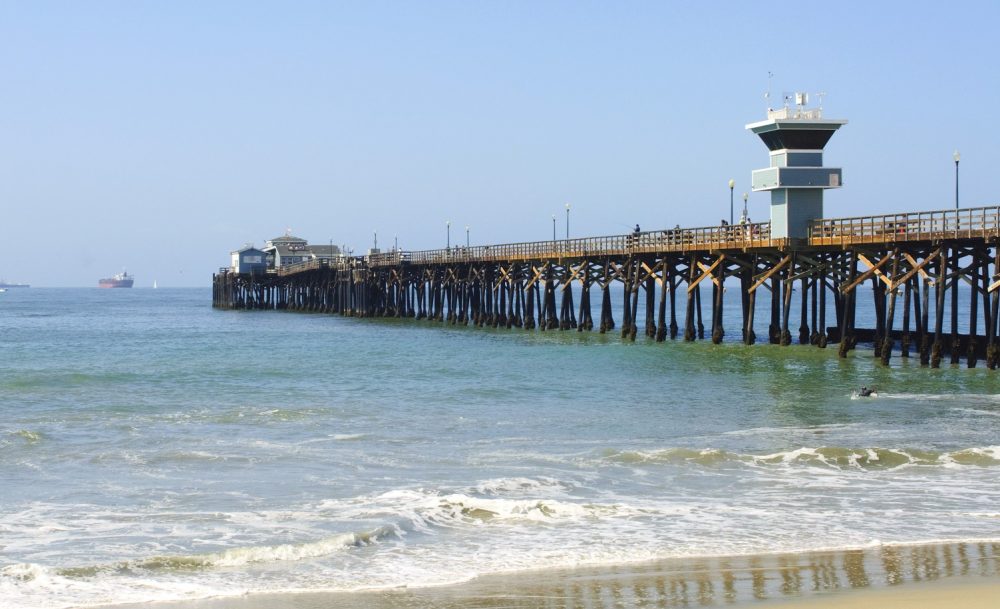 Seal Beach is the hidden gem community of beautiful North Orange County, just up the road from Surf City USA and across from the Los Angeles County line and the City of Long Beach. Seal Beach is also home to the unincorporated community of Rossmoor and the city of Los Alamitos. Seal Beach is known for it’s California history, good surf, and many OC residents.  It’s no wonder that buyers from all over the country have their eye to move their families to Seal Beach or buy real estate here as an investment.

The History of Seal Beach

Seal Beach is more commonly known as the home to the Naval Weapons Station military base and a California Historical Landmark as the site of the Anaheim Landing, a boat landing and recreation area. The United States Navy's Naval Weapons Station was originally constructed during World War II for loading, unloading, and storing of ammunition, and especially those US Navy warships home-ported in Long Beach and San Diego. The station has become the primary source of ammunition for the U.S. Pacific Fleets ever since the closing of the Concord Naval Station in Northern California in 2007.

In the early 20th century, the area was known as Bay City, but that didn’t last long since there was already a Bay City in Northern California. On October 27, 1915, the town was officially named what we know and love it to be today as Seal Beach. This Orange County city became a hot spot fast, as it was also the destination to The Joy Zone, a beach-side amusement park built in 1916, which was the first in Orange County.

Seal Beach has the second longest wooden pier in California, and tens of thousands of tourists visit it, take selfies, and even fish off of it.  The pier has taken some hits from rough weather over the years.  The pier, along with the people who helped rebuild it, have been memorialized after an unforgettable storm in 1935 almost took it down.

Seal Beach is most commonly desired for it’s laid back vibes and surf access. You can surf the Seal Beach pier and the river "Stingray Bay.” Seal Beach has multiple parks including Eisenhower Park, Gum Grove Park, Marina Community Park, Edison Park Community Garden, Bluebell Park, Arbor Dog Park, and Aster Park. Each of them has something unique to offer from wetlands and trails to playgrounds for young children. As mentioned earlier, Seal Beach’s neighborhoods include Los Alamitos and Rossmoor – and in my opinion one of the best places to raise a family not only in Orange County but Southern California.

The greatest part of living at the beach is riding your bike or longboarding from one destination to the next. For your work commute, Seal Beach has easy access to the 405 and the 22 freeways from Seal Beach Blvd. PCH also runs right through the City to head to South OC or to LA County. Like every city in the 21 century, we also have plenty of Seal Beach Uber and Lyft drivers for the nights out on the town.

While Seal Beach is a low key beach community, there is still an enjoyable nightlife scene. Some of our local hangouts include Clancy’s, The Hangout Restaurant & Beach Bar, O'Malley's On Main, and of course The Abbey. You can find us any day of the week having a beer and catching a game at one of these local spots.

In Seal Beach, you can find small town beach boutiques like The California Cottage on Main Street and the California Seashell Co. or bigger retail options like The Shops at Rossmoor. The Shops at Rossmoor have everything from Chipotle, Panera Bread, and In-N-Out to Ulta, Loft, Marshalls, HomeGoods and so much more. You can view the entire directory here. You may also come across classic longboard builder, Harbour Surfboards, which was established in 1959 and still calls the city home today.

For locals, you know the area like the back of your hand, but for investors, first time home buyers, and families relocating to Orange County, we hope this gives you the push you need to buy a home in Seal Beach California.

We’ve gone ahead and compiled a search of all the homes available on the market in Seal Beach for you to view HERE. You can contact me directly at (562) 881-8252 or tim@iloveochomes.com